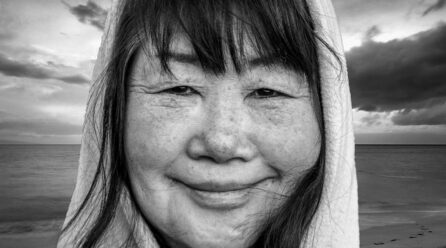 Words cannot express the memory of my late wife, Cecelia.

I would describe Cecelia as down-to-earth and classy. She had a great sense of humor. She had good taste and loved to entertain. She loved her dogs, Chloe and Sweet pea, her seven pound Maltese. She loved the holidays and entertaining friends and family. She loved to go camping and fishing. She loved her grandchildren, Avery and Jamie, most of all. She had a multitude of friends who loved her dearly.

Cecelia said the funniest things not meaning to. She once gave me driving directions and said: “It’s on the opposite end of the other side”. Let that sink in. She made up words without knowing that made perfectly good sense. She called Tupperware, tougher ware; just one of many examples.

Before we were married, we visited Stan Hywet Hall and Gardens, the old Seiberling mansion built in Akron Ohio in 1915. While there in the mansion’s gardens, I decided it was the right time to propose. It was the perfect moment. Disappointed that I did not have a ring, I decided to put off the proposal. Afterward, we went to dinner at a place called Quaker Square, an old oats mill that was turned into a mall, restaurant, and Hilton Hotel; very quaint. The hotel was made from the old mill’s grain silos. I was told that the rooms were round. The restaurant in the basement bared the old foundation’s stone walls. Backlit stained glass of old churches adorned the restaurant; very romantic. We ordered the lamb and after dinner another perfect moment presented itself, but again no ring.

I decided to make an excuse to go to the car and seek an engagement ring in the mall. I told her that my contact lenses were bothering me and there were eyedrops in the car and that I would be right back. I searched the mall, frantically. There were a few shops but no jewelry store. I finally found one store that had promise. It was a craft store of sorts that carried ornate boxes and other items fashioned from costume jewelry.

I asked the man behind the counter if he had any rings. He said that he might and walked to the back room of the store. He came out carrying a small bowl. In the bowl were what I can only describe as “ bubble gum” rings; the kind you would find in a gumball machine at the grocery store. The kind that cost a quarter. I decided that one of the rings would have to do. The one I chose resembled an engagement ring as it had a big stone in the center and smaller stones on either side. The man charged me two dollars.

I had the ring. It was pretty.

I went back to the restaurant and sat with Cecelia on her side of the table. I was nervous. We small-talked but we were interrupted by a brief silence. The moment came. On one knee, I popped the question and presented the ring. She smiled and said yes. I placed the ring on her finger and she exclaimed: “It fits perfectly. How did you know my ring size?” I think I might have turned red and I replied: “If it’s too big, just squeeze it together.” She examined it again and laughed.

Feeling embarrassed, I shared my attempt to buy a nice ring and told her that she could pick-out a “real” ring of her choice whenever she wanted. She told me later that she was having one custom made. Eventually, we picked-up the ring. It was a duplicate of the “bubble gum” ring that I had given her, only in platinum and diamonds. My embarrassment turned to joy. This was classic Cecelia and the beginning of our 16 years of marriage.

Over the years there were many ups and downs. I don’t know how she put up with all my BS. There were times when she didn’t. Still, we hung in there. Cecelia fell sick with pancreatic cancer and died two weeks shy of her sixty-fifth birthday. My life would never be the same.

I dedicate this site to Cecelia.